Polarization of Light Questions and Answers

Interview Question and Answer of Polarization of Light

Answer-1: When two pieces of Polaroid are placed in succession along the path of a light wave, the intensity of light received behind the two Polaroids is described by Malus’ Law. The law expresses light intensity, I, as a function of the angle which is the angle θ between the directions of polarization of the two filters. The law can be expressed as follows:

where, Imax is the light intensity between the two sheets of Polaroid.

Question-2. What is meant by Plane Polarization?

Question-3. What is polarization of light?

Answer-3: The light which has acquired the property of one sidedness is called a polarized light.

Question-4. What is Circular polarization?

Answer-4: Circular polarization of an electromagnetic wave is a polarization in which the electric field of the passing wave does not change strength but only changes direction in a rotary manner.

Question-5. What types of waves may be polarized?

Answer-5: Transverse can be polarized as polarization is a property of th transverse waves.

Question-6. What are Dichroic substances

Answer-6: A dichroic material is a crystalline substance in which two preferred states of light polarization are propagated with different velocities, and more importantly, with different absorption.

Answer-7: Dichroism has two related but distinct meanings in optics. A dichroic material is either one which causes visible light to be split up into distinct beams of different wavelengths (colours) (not to be confused with dispersion), or one in which light rays having different polarizations are absorbed by different amounts.

Question-8. Other than using a polarizing filter, give one way in which visible light may be polarized?

Answer-8: Visible light can be polarized on reflection.

Question-10. What is polaroid device

Answer-10: Polaroid is a device to produce plane polarized light. It consists of ultra - microscopic crystals of quinine iodo sulphate which are embedded in nitro - cellulose films in such a way that their optic axes are parallel to each other.

Question-11. For what kind of light does malus law hold?

Question-12. Define plane of vibration and plane of polarization

Question-13. what is the use of photo detector

Answer-13: Photo Detector is an optical detector that converts light signals into electrical signals, which can then be amplified and processed. The photo detector is as essential an element of any fiber optic system as the optical fiber or the light source.

Question-14. What is the use of Polarizer?

Question-15. What do you mean by plane of polarization

Answer-15: The plane of polarization of linearly polarized light or other electromagnetic radiation is the plane containing the electric vectors of the vibrations.

Question-16. Define plane of vibration and plane of polarization

Question-17. How does polarized light differ from ordinary light?

Frequently Asked Question and Answer on Polarization of Light

Polarization of Light Questions with Answers 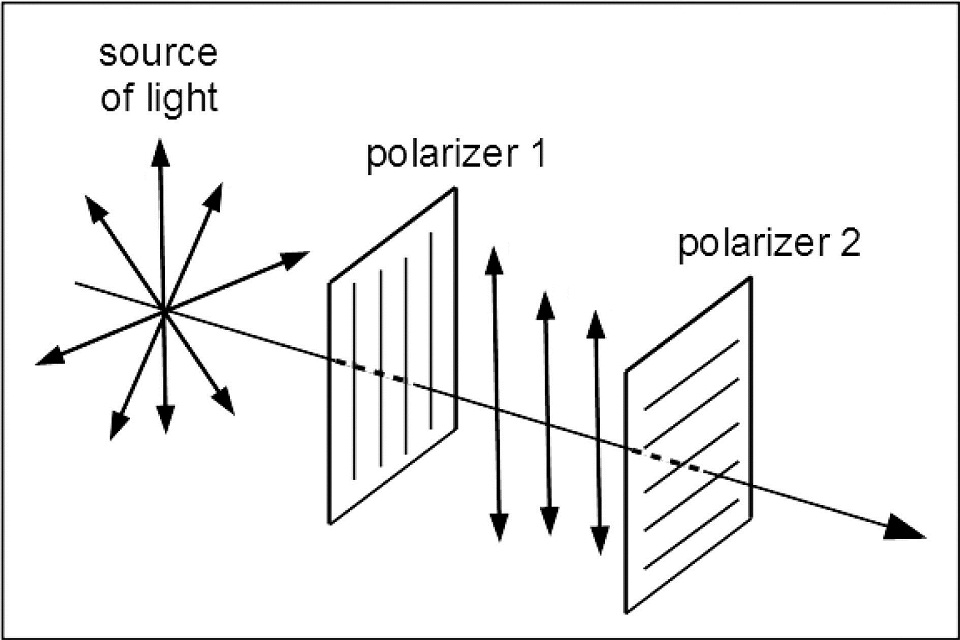